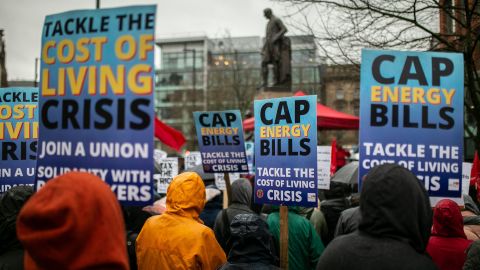 The cost of living crisis is a phrase that has been mentioned quite frequently in politics recently, but what does it mean and what is it referring to?

In short, it is what it says on the tin, people can’t afford to live comfortably at the moment, and this is a consequence of the high energy bills. This means people cannot afford to heat their homes, fill their cars with petrol and some people even can’t afford food because of inflation caused by the cost of energy.

How have we ended up in this position?

When Margaret Thatcher came into power in 1979, she had hopes of building a nuclear power plant every year for a decade. Whilst people tend to be sceptical of nuclear power, it would of aided us in becoming more self-sufficient and less dependent on energy from elsewhere. Sadly Maggie’s idea was never implemented by her, nor the proceeding governments, and in the UK we only have 8 nuclear power plants (for reference France has 56 nuclear power plants).

The lack of long-term decision-making from our governments has meant that we have made ourselves susceptible to crisis’, and the war in Ukraine has shown just that. In the UK we get 4% of gas, 9% of oil and 27% of coal from Russia. Because of our support for Ukraine that supply-line has been limited and the ramifications have been felt all across the entire country. It has led to the soaring levels of inflation we are experiencing, 9.9% right now, and therefore higher interest rates, 1.75% today but will increase by a quarter of a point in the coming quarter. The inflation means people cannot afford necessities and the higher interest rates means people cannot afford their mortgages and cannot afford to pay back their loans. And it could get worse…

If you have been keeping up with the news recently, then you will know that Ukraine has started reclaiming land that was seized by Russians. Most of the British news channels are deeming this a great success, and whilst it is a success, the humiliation could force Putin to utilise his ultimate weapon, and cut energy supplies to the whole of Europe. This would fuel the cost of living crisis by adding to already mammoth levels of inflation and supply chain bottlenecks, and force interest rates even higher in the coming quarter. So for the sake of businesses and people across the nation, let’s hope Putin doesn’t resort to this.

What can be done?

Short-term solutions need to be found now, and Liz Truss’ government have begun by freezing energy bills at £2,500 per month even though they were forecasted to go up into the 3000s. On the surface this is a good idea but the money saved by households will still be paid to the energy companies when the government use the taxpayer’s money to pay the energy companies the lost revenue. For anyone with mortgages the big killer will be the interest rate hikes which the Monetary Policy Committee will enact soon, so contrary to Liz Truss’ fiscal and monetary views, I’d raise taxes and try to minimise interest rate hikes to put the brakes on inflation. In addition to my slightly liberal fiscal policy, I’d increase the windfall taxes on the energy companies. So far this year, Shell has made £11.5 billion profit, and some of this should be put back into the people’s pockets regardless of whether the added taxation will discourage firms to move to the UK. A crisis is a crisis, and it needs to be delt with using whatever means.

In the long-run, we have to come up with a way to not only prevent such costs of living crisis’ again, but also protect the environment by using more sustainable energy sources in the UK. We need to build far more nuclear power plants (the numbers France have would be ideal) and use other sustainable energy sources such as solar, tidal and hydroelectric. This will only happen if our government and governments to come can successfully encourage firms to use sustainable, home-made energy, perhaps by putting greater production taxes on firms who burn fossil fuels releasing harmful greenhouse gases into the atmosphere.

Not only would such policy help the environment, it would mean that if for some reason our off-shore energy supplies were to be cut, the effects wouldn’t be felt so brutally as they have today. But this would require less myopic governments which we haven’t seen since the days of Thatcher. 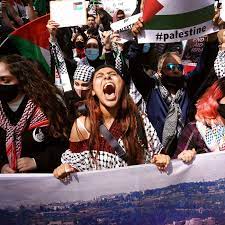 Do You Know What is Happening in Palestine? – Rosy F 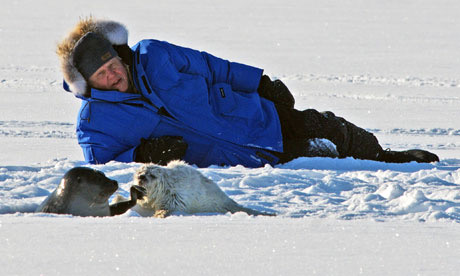 Convenient Ways the Save the Planet- Imi Peterson 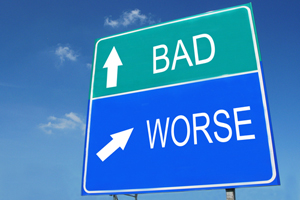