Though we have reached the end of LGBTQ+ history month, it’s still not too late to watch a film or pick up a book and learn a little more about the lives that make up the LGBTQ+ community, in both fiction and history. Whether you’re more into modern heartfelt stories, historical fiction, or informative accounts of major events that have affected the LGBTQ+ community, there’s something for you on this list. As well as overviews of each book or film, there are a few anonymous reviews from others I have included in this piece.

Though I’ve only just finished reading this two-part play, I know it will be something I keep coming back to. Angels in America discusses interaction between religion, homosexuality, politics and race in ways which are clever yet extremely blunt. The character of Prior Walter brings a witty and down-to-earth view on his ever-changing life; his character is infectiously likeable, valuing brutal honesty with a flair for drama. This provides the audience with bright glimpses of hope, before being reminded of the inevitable end which Prior faces. His character contrasts the dark, continuous theme of the AIDS epidemic that swept America in the 1980s, serving as a constant window into the lives of gay men living with AIDS in Reagan-era America. The dialogue is extremely well-paced, with ambitious split scenes successfully executed numerous times- these often come at times of tense conflict giving the audience a view into two emotionally charged events simultaneously. Some characters are hateful as they are likeable, but with so many external factors affecting this, the audience is constantly questioning if the characters are inherently ‘good’ or ‘bad’. In short, this is an enjoyable and relatively quick read; perfect for an insight into the perception of the AIDS crisis through the lenses of various members of American society in the 1980s.

And The Band Played On – Randy Shilts

Described as ‘an impressively researched and richly detailed narrative’, And The Band Played On is my current read this month. A book surrounding the politics and people involved in the AIDS crisis, it delves into the cultural, medical and political impact on American society, past and present. Randy Shilts has won the Stonewall Book Award for this notable work, and I am excited to delve into it (post mock exams, of course).

Described as ‘A (Personal) Journey Through LGBTQ+ Culture’, Amelia Abraham’s informative read is quite inclusive, discussing a range of topics including Britain’s first same-sex wedding, the popularity of drag at LA’s biggest drag convention, the corporisation of Pride over time, trans activists in New York and Syrian refugees in Turkey’s underground LGBTQ+ scene. Through thorough exploration of small glimpses into the various lives of people living within the LGBTQ+ community, Abraham supplies detailed historical context as well as informative interviews of many individuals and ‘asks why equality still doesn’t extend to everyone’. With heart-felt storytelling and inclusion of her personal experiences, Abraham certainly makes Queer Intentions a thought-provoking and worthwhile read.

The Boys in the Band – Joe Martello (Mart Crowley)

I first watched The Boys in the Band in July of last year and was intrigued by the captivating storytelling and, upon rewatching, I found the external factors affecting character dynamics particularly interesting to follow. Based on the 1968 play by Mart Crowley, the film adaptation follows a group of gay men in 1960s New York gathering for a birthday party. Each has their own space to establish their character within the film, as well as their own history with each other, making for more interesting character dynamics when the inciting incident kicks off the action. I don’t want to reveal too much, but I found the conflict extremely effective, and the ending gives a similar subdued feeling I felt when I watched the end of Fleabag Season 1. I found it well-adapted for film, maintaining the intimate settings and overall messages of the original play. It feels reminiscent of some of Chekov’s theatrical pieces, in which ‘nothing happens yet everything happens’- the somewhat circular narrative feels well-paced and completes the film nicely, leaving the perfect amount of loose threads to think about afterwards. The film feels incredibly enclosed in the apartment in which it’s set, focusing more on character dynamics and interactions rather than action sequences. All in all, an interesting story and well-executed film adaptation- it won’t have you sobbing into your pillow but certainly strikes you in the gut (repeatedly).

A classic from one of the pioneering LGBTQ+ writers, Oscar Wilde, The Picture of Dorian Gray is an absolute must-read. Themes of superficial society, the value of beauty and the purpose of art run solidly throughout, enhancing the already well-crafted storyline. It’s also best to go in blind if you haven’t heard of it. If you haven’t already read it, read it. And if you have, read it again.

‘The Picture of Dorian Gray is a timeless classic that explores beauty and infatuation with one’s self and others in great depth. It’s absolutely ahead of its time and I really do recommend reading the full version, with footnotes and the appendix at the back; it’s worthwhile reading all of them to gain that extra context which makes the story so much more enjoyable.’

The Seven Husbands of Evelyn Hugo is a book that just could not rid itself from the Waterstones bookshelves for months. Praised for its immersive storytelling, grand revelations and a fresh perspective on the problematic elements of Old Hollywood, this work is the perfect fictional read for gaining perspective into the struggles that some LGBTQ+ women faced in 1950s Hollywood.

‘A spellbinding journey that delves into a discussion of love, fame, race and the problems of Old Hollywood. The queer relationship between the two women echoes the struggles of not only the role of women in film but also how sapphic relationships are presented as a whole in the media and in mainly 1950s America. Their relationship, away from the eyes of the public is beautifully portrayed without the male gaze and fetishisation usually placed upon sapphic love. I highly recommend if you are looking for a sapphic book that is easy to read but has a depth to the plot that doesn’t leave you feeling disappointed.’

A book that draws parallels to Young Royals on Netflix (which is also a recommended LGBTQ+ pick to watch), Red, White and Royal Blue is a heart-warming story that could melt ice and a great piece of modern fiction that explores multiple themes:

‘The book Red, White and Royal Blue is a nice expression of finding one’s self and coming of age, along with breaking the enforced and generalised lines of heteronormativity that runs rampant in our current world. This witty and charming book centres around two male characters and the acknowledgement of the struggles that come with having pre-made expectations that are pressurising and unrealistic.’

The Danish Girl is a heart-breaking and inspirational film detailing the journey of Lili Elbe, one of the first transgender women to undergo gender reassignment surgery. The film conveys a deep sense of longing for being content in one’s own body, and the internal and external conflicts Lili faces when attempting to change aspects of her life. The film also details the reactions of those close to her, particularly her wife, and the struggles she faced in early 20th century Denmark. A highly informative film in terms of seeing what life was like for transgender people in the early 20th century- a worthwhile watch.

Additional reviews- to help you decide what to read, and what not to read:

The Art of Being Normal – Lisa Williamson

‘An enveloping story which pulls at heart strings on the subject of gender identity. We are able to see what life is like for the main charactersin high school, the difficult problems they face and how they overcome their problems with each other’s help. It gives you an insight on some of the problems that transgender people face, especially peoples’ reactions when finding out; I definitely recommend this book.’

They Both Die at the End – Adam Silvera

A somewhat scathing review from a critical reader:

‘This book was one that was incredibly misleading. Everyone, for months, was raving about it being a book that was utterly heartbreaking and beautifully written, with the story telling and world building. In my opinion, it was one of the worst books I have read. It felt as though I was reading a poorly written Wattpad fanfic whose plot never really got anywhere. The story itself, had so much potential and the parallels at the beginning with the misinformation of the Death-Cast and the struggles of the NHS were really intriguing. However, it was all incredibly underwhelming and you are reminded constantly that they are going to die which was a concept obviously grasped by the title. The narratives multiple perspectives could have been really effective but it felt like you were jumping around too often and the relationship between Mateo and Rufus at times felt incredibly cringy – similarly with the events that took place (the nightclub scene).Overall I feel as although the representation of bisexual characters was well placed, though the writing itself was incredibly disappointing.’ 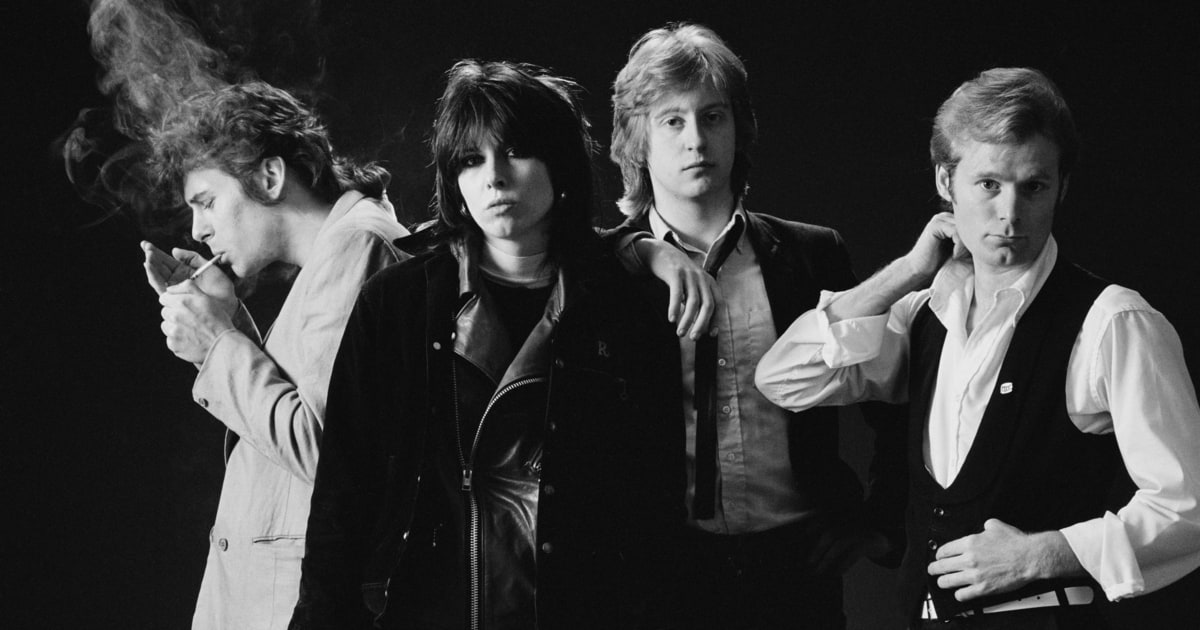 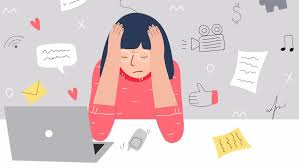 The key to stress is perspective – Ellie Hewes 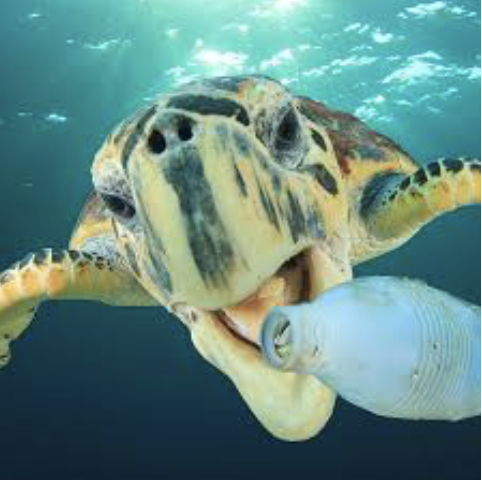