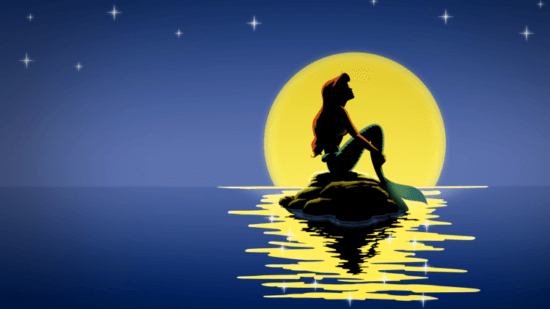 We are all (well most of us) very familiar with the modernised stories of the Disney princesses, but how many actually know their true origins? In this article I will aim to enlighten you with the history behind these fables that dictated many of our childhoods. I will pick a few examples from the 13 official princesses (Snow White/ Cinderella/ Aurora/ Ariel/ Belle/ Jasmine/ Pocahontas/ Mulan/ Tiana/ Rapunzel/ Merida/ Moana/ Raya)

Otherwise known as ‘the Little Mermaid’, Hans Christian Anderson’s story details how a young mermaid wants to explore the human world, so makes a deal with a sketchy sea witch/ octopus (Ursula) in order to turn into a human. She falls in love with Prince Eric, a man she saved from a ship wreck and although she has no voice, she eventually marries him and becomes fully human.

This story is greatly influenced by Friedrich de la Motter Fouque’s ‘Undine’, which is the story of a water spirit who wants to gain a human soul. The idea that Ariel will have to marry the Prince in order to stay human comes from this story. In addition, both stories show the mermaid saving the Prince from a shipwreck which provokes the mermaids to seek a sea-witch to give them legs. However, they differ from there as in ‘Undine’ the mermaid fails to get the prince to fall in love with her, resulting in her sister making another deal. In this deal, the mermaid has to kill the prince in order to regain her tail rather than being turned into sea foam. She is unable to carry out this task and throws herself off a ship but is saved by air spirits. They make her an air spirit for her good deed of not committing murder, where she can earn her human soul from 300 years of good work.

‘Beauty and the Beast’ is a story that has been circulating for many millennia, with the oldest tale being from 2nd Century by Apuleius’s ‘Metamorphoses’. The tale is called ‘Cupid and Psyche’, which classicists among you will be familiar with.

In this story, Psyche is cursed by Venus, for being too beautiful, to marry the worst man in the world. Unbeknownst to Venus and Psyche, Cupid volunteers himself to marry Psyche. You may be wondering how a wife does not realise her husband is a god, but Cupid would only appear to Psyche in the dark of the night, and as Psyche is very simple minded, she never questions this. Manipulated by her sisters, one night Psyche reveals Cupid’s appearance by a candle light, but awake Cupid in the process. Cupid throws a pregnant Psyche from their home, where Venus rains her fury on the young girl. In a way of atoning, Psyche completes 3 tasks and at the end Cupid begs Jupiter to turn Psyche into a goddess, which he does. Therefore, in the end Cupid and Psyche live happily.

It is obvious that there are very limited similarities between ‘Beauty and the Beast’ and ‘Cupid and Psyche’, with both girls being held almost against their wills in their husbands castles and the seemingly beastly husband turning out to be handsome men a few. It is also apparent that ‘Cupid and Psyche’ has also inspired many other Disney princess tales, like Cinderella and even Aurora.

The great story of a Chinese woman trying to protect her father from war is based off a beloved Chinese Ballad. Dating back to the Northern Dynasties in 386 – 581 AD, the ballad tells the story of a girl who dresses up as a man to join the compulsory army service, as she has no brothers. After many years of successful army campaigns, she returns home and brings her family back honours from the emperor. She then greets her male soldiers after changing her appearance, where she is met with the shocked faces of men who did not realise she was a woman.

Disney’s version of ‘Mulan’ clearly is very similar, with the a noticeable difference being that she is shunned by her fellow soldiers after they discover she is a woman. In addition, it is turned into a romantic story with the addition of Li Shang, arguably the hottest Disney prince around!

Aka the ‘Princess and the Frog’, Tiana is a working class women with big dreams to open her own restaurant. This is before a prince makes a dodgy deal with a witch doctor, who turns him into a frog and in turn with a kiss, turns Tiana into a frog. They adventure through the swamps of New Orleans, meeting a crocodile and a firefly in order to try and reverse the spell. This modern take on a classic tale is based off of E.D Baker’s ‘The Frog Princess’.

Alluding to Brothers Grimm’s fairytale ‘The Frog Prince’, Baker’s ‘The Frog Princess’ sees a princess loose a golden ball down a well, which a retrieved by a frog in return for companionship. The Princess breaks her promise to the frog but he follows her back to her castle anyways. She becomes irritated by the frog and throws him against a wall, which she regrets. This feeling of guilt turns the frog into his princely form, not by a kiss like the saying or movie suggests.

While in the movie, Tiana is an inspirational waitress, in the tale she is an unlikeable princesses. In addition, the princess is actually already engaged to someone else in the tale before the frog, but this is not followed up in the movie. A lot of the plot points are given to Tiana’s childhood friend, Lottie La Bouff, who is at first a seemingly spoilt princess, who is looking for another royal suitor. 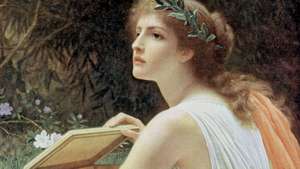 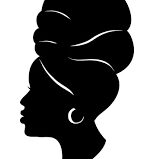