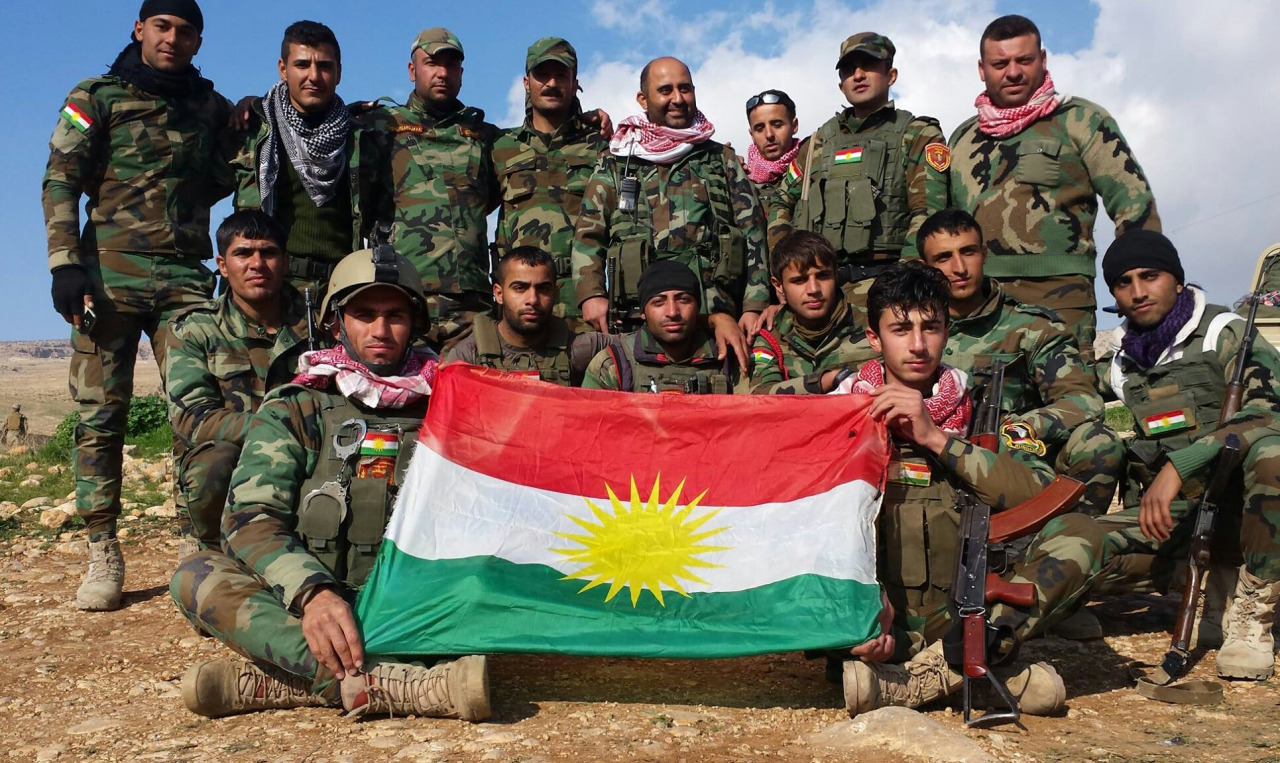 In 1979 in a historic point in the Cold war, the USSR invaded Afghanistan. The United States, fearing another nation would fall to communism began arming local militias through the CIA. Caches of small arms, artillery pieces and some aircraft were shipped to Afghanistan to assist the local tribes in their fight against the Russians. By the end of the war, nine years on, those weapons were still being used; the Taliban refused to hand them back and disappeared into the mountainous regions of the Pakistan/Afghanistan border. They kept them and began using them against their new enemy – The United States of America. Fast forward to today with the so called Islamic State or Daesh operating in Iraq and the US are back, alongside other coalition forces arming the Kurdish Peshmerga to combat this new threat.

The question still remains though – What happens when the Islamic State are gone? When the dust settles, will the Stinger missiles, M16’s and Howitzer artillery be disposed of or will the KPG use them for ulterior motives? Could they be used against a new ‘enemy’ – The Iraqi or Turkish governments to make land advance? The US again? The notion of openly arming these militias is tangled in with the complex politics of the White House, the UN, the EU and NATO but only one thing is certain, we just don’t know what will
To really understand the issue, it is critical to first look at the Kurdish people.

Until the 15 Century the area now known as Kurdistan or ‘The land of the Kurds’ was controlled by Islamic tribes. Before that it remained a series of Arab provinces. In 1514, the Kurdish people made a pact with the Ottoman Empire. The pact remained until the Ottoman Empire collapsed, where now the nations of Turkey, Iraq, Iran and Syria now have parts of ‘Kurdistan’ across their borders. In 1920, with a strong feeling of independence, the Treaty of Sèvres attempted to recognise the Kurdish lands as a state backed by the UK, the Turkish government failed it and subsequently crushed all feeling of independence. The Kurdish people remained between the new Middle Eastern nations. Unsurprisingly, the Kurdish people resent this and have been in open armed conflict with the Turkish government since 1984 until now with a brief rest at the turn of the millennium. They were targeted under Saddam Hussain who had thousands of Kurds gassed. In 1991, their lands in Iraq were actually recognised as their own or though they remained legally as part of Iraq.

Today, with Syria a failed state, and Iraq fighting the Islamic state, the Kurdish militia (KPG) seem to be the most effective way of combatting the threat. However, they have declared their land in Syria for their own and now control huge swathes of Iraq, recaptured off Daesh. The Iraqi government is no position to ask for control off the land. There are issues though, Kurdish people only make up around 17% of the Iraqi population and currently control large areas of land where mainly the Yazidi people live. There have been reports of war crimes and other atrocities being committed (although agreeably not on the same scale as the Shia Militias in Sunni territory in Iraq – But that’s a new article in itself). In Turkey the PKK, the Kurdish youth movement, plays havoc with the Turkish authorities, although there activities are mainly limited to protest, and use of weaker weaponry such as Molotov cocktails and small arms against Turkish tanks and riot vehicles. The Turkish government imprisons them and has declared the PKK a terrorist organization. In Iran, the problem is far less of an issue. The Iranian government doesn’t control very much Kurdish land and since the issues began simply kidnapped or assassinated any prominent pro-independence campaigners. However, the racial split is worse in Iran as there is a greater mix of Shia and Sunni Kurds creating entirely new problems.

The Middle East is an incredibly difficult region to understand because if the mixes of ethnicities and races split across nation with completely different political view and agendas. However, against Daesh, the KPG have been far more effective than any other force, including the Iraqi Defence Force. The international community is sending arms to the Kurds from huge caches of small arms (including Russian, American, British and French weaponry) as well as; Grenade launchers, Russian and American Howitzer artillery pieces of varying powers, helicopters, trucks and cars, tanks as well as coalition air support. US and British Special Forces have been seen fighting alongside them on the frontline, wearing Kurdish insignia on their arms (much to the significant anger of the Turkish government). The British government denies this, stating that the UK are only training ISF (Iraqi Security Forces) and that no UK personal are in combat. The US however, recognised the death of a US Navy SEAL operator who was killed in Iraq fighting Daesh.

The Kurds have a lot of reasons to be fighting Daesh though. They suffer persecution alongside the Yazidis in Iraq and nearly daily new videos of their fighters being hanged, shot, stoned, beheaded or (as we saw last year) horrifically burned in cages are released by their bitter enemy the so called Islamic state.

The questions are still being asked though, especially by the worried Turkish government. When the so called Islamic state are defeated what will the newly trained and armed KPG do? The seemingly obvious thing is that they will force the Iraqi and Syrian governments to give them control of their own lands and then keep running (and more evenly matched) battles with the Turkish authorities up. The international community still worries that the Kurds could do what the Taliban did and keep the arms caches, albeit they probably wouldn’t use them for terror activities against the western powers. Russia would most likely back Turkey but there is debate whether the UK and the US would back anyone at all.

The Middle East at the remains an incredibly dangerous, war torn and confusing area of the world but the issue does remain that when the dust of Daesh settles, what will the KPG do and how will the various superpowers respond. Could we just being for more hard years of war, with more refugees and more devastation? The only thing that is certain though is that we won’t know until it happens live on our TV screens… 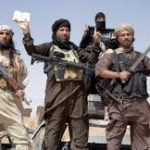 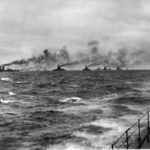 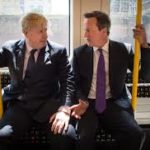 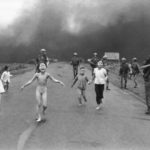 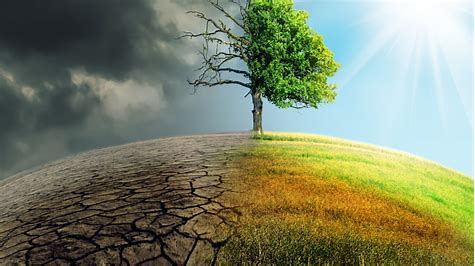 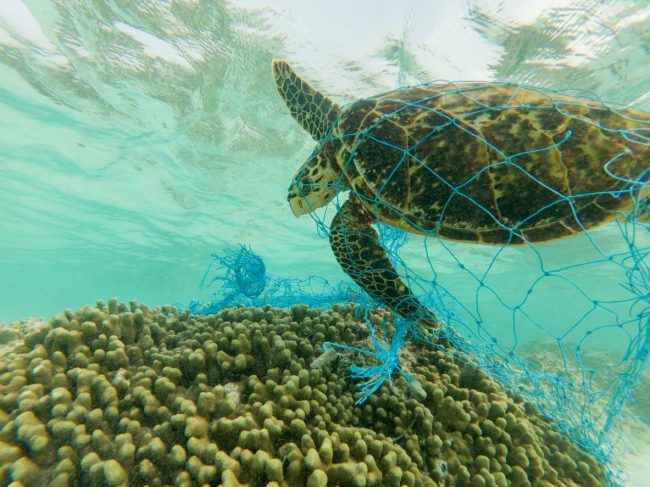 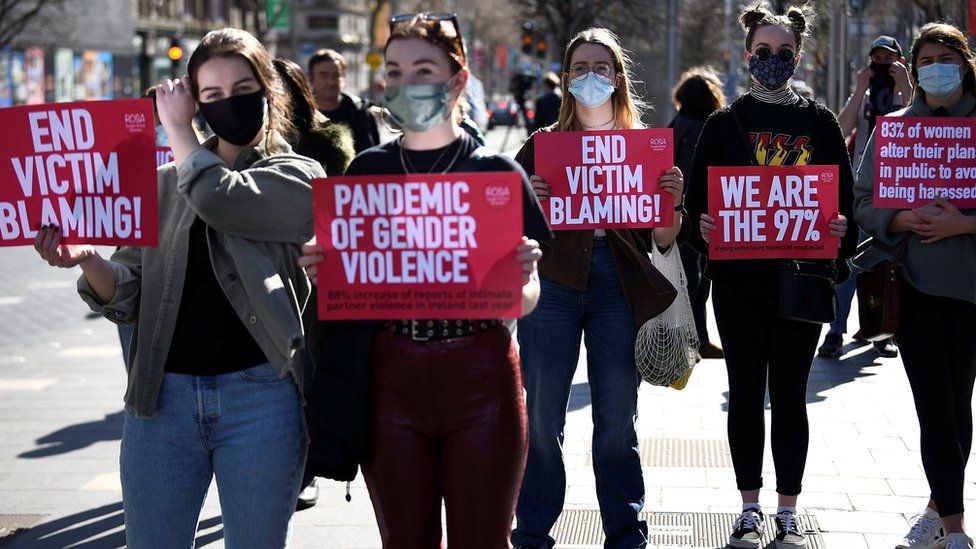 Will women ever be safe in the UK? – Rosy F